Ayra Starr’s ‘Rush’ single is clearly in a chart-topping rush as it over takes Asake’s ‘Terminator’ on the Apple music top 100 charts.

Mavin Records “It” girl and Afrobeats prodigy, Ayra Starr, continues to prove her stuff as her Rush single unfolds as a literary meaning of its lyrics as it hits a new peak on the Apple music top 100 charts while overthrowing the hold of Asake’s Terminator.

ALSO CHECK:  I broke up with Burna Boy because he could not satisfy me in bed, he has ego and he’s jealous of Wizkid – Stefflon Don finally speaks 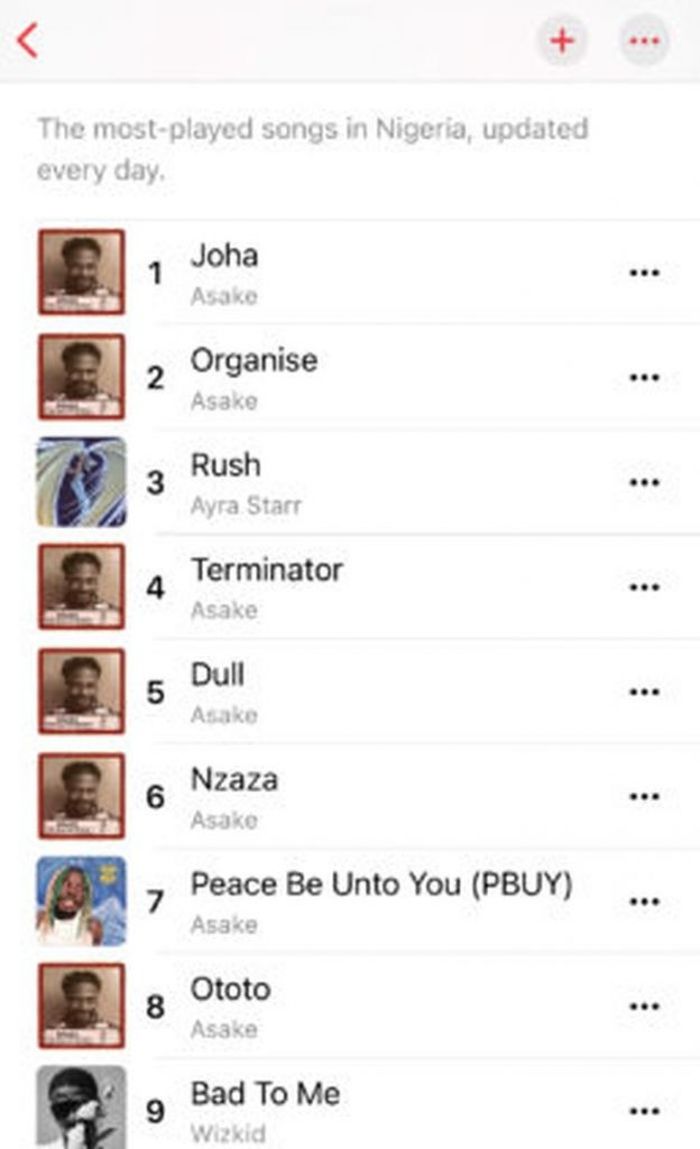 THIS IS HUGE!! Rema Reveals Title Of Upcoming Song With Drake
VIDEO:- Usher Brings Oxlade & Pheelz On Stage During A Performance In Ghana (WATCH)