The afrobeats singer has hit yet another career milestone in the global music scene.

The song, which is now a British certified platinum single, has sold over six hundred thousand (600,000) units in the United Kingdom 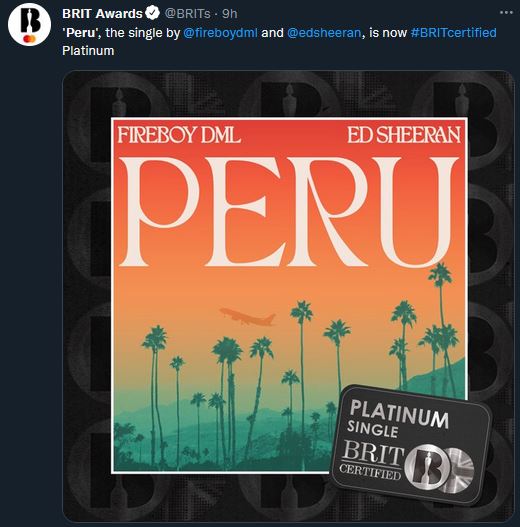 Taking to Instagram, the YBNL frontline act announced the new feat and urged his fans to continue supporting him in order for him to achieve more.

big love and appreciation to everyone involved in this success. there’s always more, let’s keep going!