Grammy Award winning Nigerian artiste Damini Ogulu aka Burna Boy has responded hours after his colleague Ayo Balogun aka Wizkid ranted about being the wealthiest musician.

Burna took to his Instagram stories to state that he wouldn’t be engaging in conversation with anyone who hadn’t made up to 100 million dollars this year.

He further made it known to all those who would hear that they should ‘smoke’ their breakfast and sit down while he was talking.

Recall Dockaysworld reported that Wizkid had bragged that even if he retired immediately, he’d still be wealthier than all his colleagues. See HERE

The statement didn’t seem to sit well with the African Giant who has apparently taken it personally. Both artistes are considered top 3 in Africa with the third, Davido, unlooking the saga while engaging in PDA with his fiancé Chioma.
Burna’s words:

I can’t talk money with you if you haven’t Made $100M this year.
Just smoke BRKFST and
Sit down. 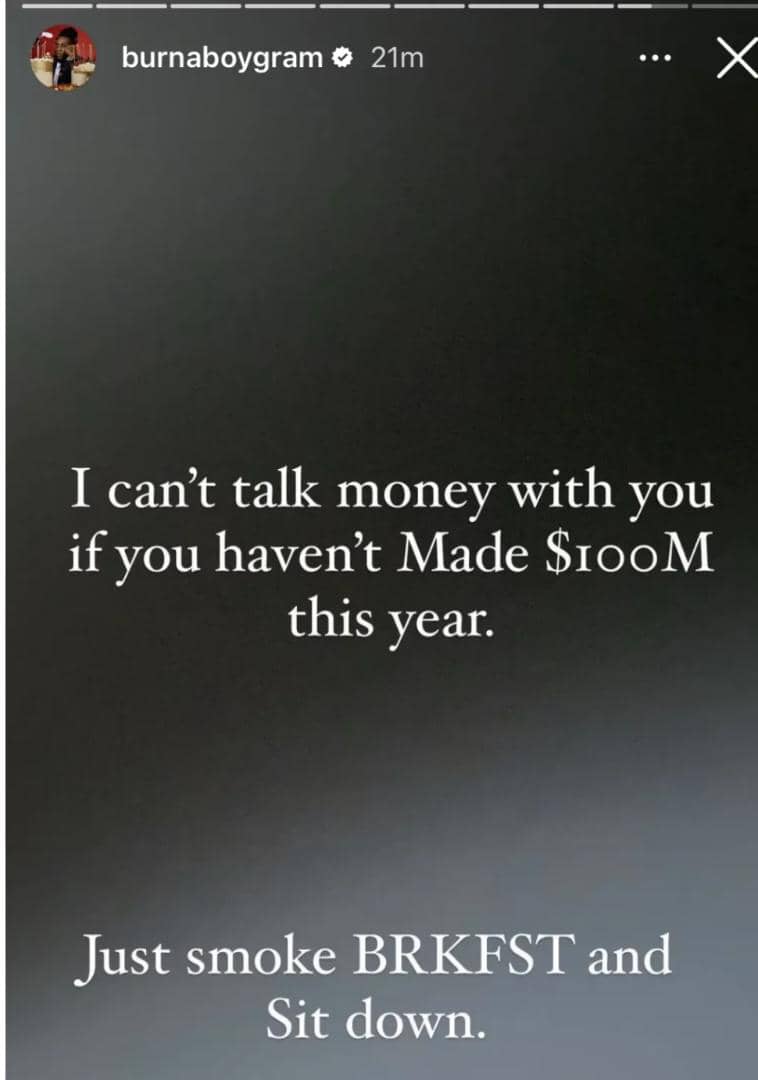